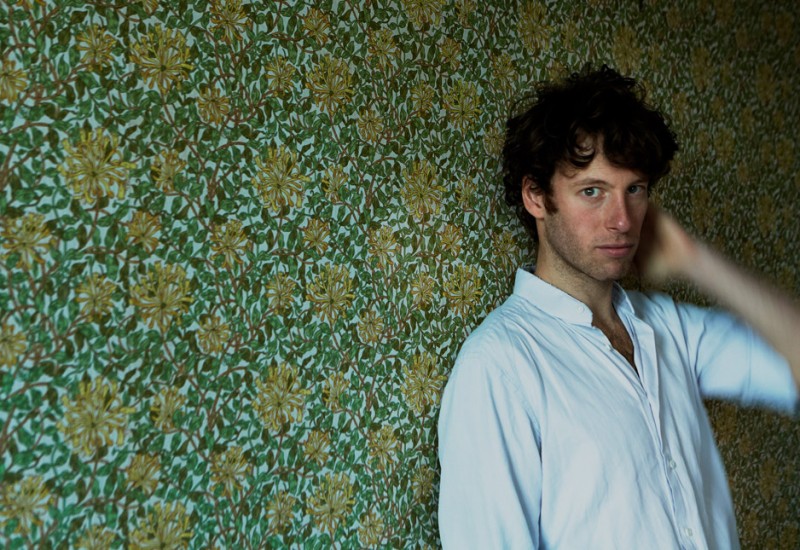 Sam is a folk singer, promoter and animateur who released his debut album “Ground Of Its Own’ in June 2012. It was nominated for the Mercury Prize and won the FRoots album of the year. He was also nominated for 3 BBC R2 Folk awards. The recording is a musical manifesto, reflecting the artistic journey Sam has taken so far and the less than conventional route getting there. A naturally gifted voice, singing was new to him until his first encounter with folk song some 6 years ago. This discovery of a new world compelled him to abandon his work as a trained visual artist, teacher of wilderness survival and moonlighting as a burlesque dancer and embark on a journey collecting old songs of The British Isles. Sam is fast becoming accepted as a new pioneer, defining the sound, sight and texture of contemporary folksong. He was given the 2011 Arts Foundation Award which, for the first time, honoured folk music amongst the art forms. Likewise his live band, Sam Lee and Friends, carve a new acoustic with their homemade and mongrelised instrumentation using unconventional and contemporary arrangements that challenging preconceptions of what ‘traditional folk’ should sound like.

Sam is also an award-winning promoter and live events producer through his 2010 BBC Folk club of the year ‘The Magpie’s Nest’, now “The Nest Collective”. The Nest has played a key role in the resurgence of the live folk music scene and is behind many innovative concerts across London, festival stages around the UK and radio and television appearances. Sam’s musical training came via a unique 4 year apprenticeship under the legendary, late Scottish Traveller Stanley Robertson – last of the great ballad singers. Sam became the musical ‘next of kin’ to Stanley’s vast repertoire of songs and an ancient, idiosyncratic Traveller singing craft. Sam has also spent time researching and documenting the music and stories of the Romany Gypsy and Irish Traveller communities.

In 2012 he was awarded a showcase at WOMEX ’12 which helped lead to work all over Europe and beyond. Japan, Australia, Hong Kong, New Zealand, Bangleedesh, Sweden, Finland, Hungary, Spain, France, Austria, Czech Republic, Slovakia, Belgium, Germany and Holland have already been visited.