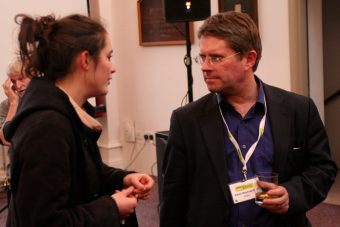 In 2013, the team behind English Folk Expo asked us to come on board as evaluators, focusing on assessing its impact on artist, career and market development and its economic impact. We went on to work with the Expo for another two years, over that time building up a clear narrative around the effectiveness of this international showcase, and the impact it has on English folk musicians’ international profiles, bookings and earnings.

Each year, we conducted a survey of UK and international delegates and carried out follow up interviews with a cross section of them. Each of our final reports included statistical analysis of the value of bookings secured by artists off the back of their appearance at the showcase and a wider Economic Impact Assessment. The latter used a methodology initially developed by Ruth Melville, one of our Research Associates when she was part of the Liverpool Capital of Culture team in 2008, which is now regarded as the benchmark for this activity in the creative sector.

We’re pleased to say that our work didn’t go to waste; English Folk Expo used it to secure ongoing funding and investment from a range of stakeholders.

The next English Folk Expo will be in October 2017 in Manchester, taking up residence in the new £25m arts centre HOME, where it will be presented in tandem with a new public festival, Manchester Folk Festival. See you there maybe?