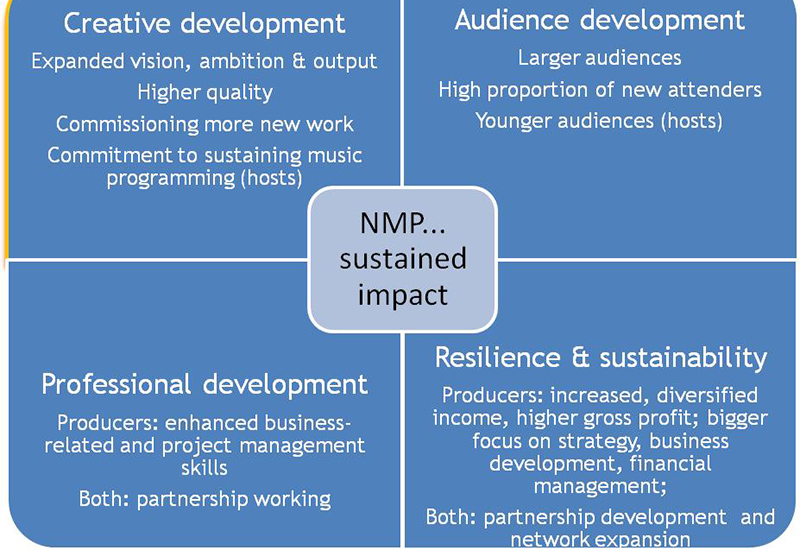 New Music Plus… is a professional development programme which was initiated in 2009 by PRS for Music Foundation in partnership with us here at the hub. It aims to strengthen leadership skills and cross artform learning amongst organisations and independent producers that want to develop their approach to programming and build new audiences for new music. Between 2009-2011, New Music Plus… supported two regional producer and host organisation cohorts, one in London (2009) and the other in North West England (2010). Between 2013 and 2014 we are working with a UK-wide cohort. You can find out more about the programme in our projects section.

Having previously produced high quality self evaluation reports relating to each of the two regional programmes, as project partners we decided in early 2012 to carry out semi- longitudinal evaluation of these pilots. We created an online survey for participating producers, and having analysed data and feedback, we then carried out semi-structured interviews with a range of participating producers and ‘host’ organisations. Our evaluation indicated that headline areas of impact were around professional, creative and audience development, and around increased resilience and sustainability. You can find out more, and read our executive summary here.

Our evaluation was subsequently described as an example of best practice by Jane Steele, Head of Impact at the Paul Hamlyn Foundation, one of the project funders.