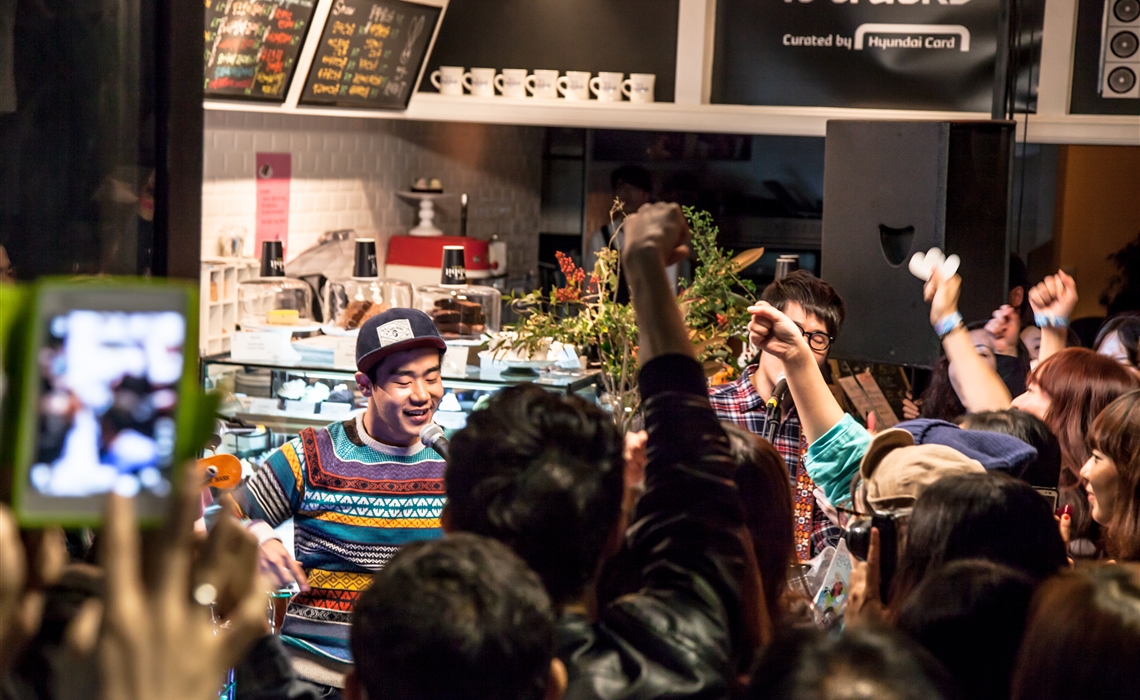 We’re currently part way through a 3 year role as evaluator and critical friend to the Sound City Korea showcase project.

Working with Zandari Festa, South Korea’s largest music showcase festival, and MU:CON, one the largest music conference & global music showcases in Asia, the project provides musicians from across the North with opportunities to showcase and begin to build new overseas markets. The project has been funded by Arts Council England and the British Council.

We’re currently around halfway through the project. In October 2015, a cohort of 6 musicians/bands and 6 other industry professionals made the trip to Zandari Festival and MU:CON in Korea. The artists who took part were: Chelou, Hyde & Beast, Fizzy Blood, Johnny Sands, Natalie McCool, The Tea Street Band. In 2016, Sound City showcased 7 English artists: Atlas Wynd, Coquin Migale, I Set The Sea On Fire, She Drew The Gun, Sugarmen, Elle Exxe and Shakka.

Our role in the project is twofold; firstly to evaluate the immediate, short term impact taking part in the showcase has on the artists involved, and secondly, to check back in with them later to make an assessment of the longitudinal impact of their participation. Along the way we feed our evaluation into the SCK team, ensuring that our findings and recommendations go onto inform the development of the next round of activity.

To tackle the first of these tasks, we gather data from delegates at the showcases, about the artists they plan to book off the back of the showcase, and how much they expect to spend doing so. We complement this with information collected from the bands themselves, or their reps, some 3 months after the showcase, by which time they’ve been able to follow up on contacts made there and understand the immediate impact on streaming, download and sales figures.

Having worked with the British Council in 2016 to map the support available to musicians wanting to work overseas, and identify areas for improvement, it’s great to really ‘get under the bonnet’ of a particular showcasing opportunity. We’re not sure that our Korean has got any better though!