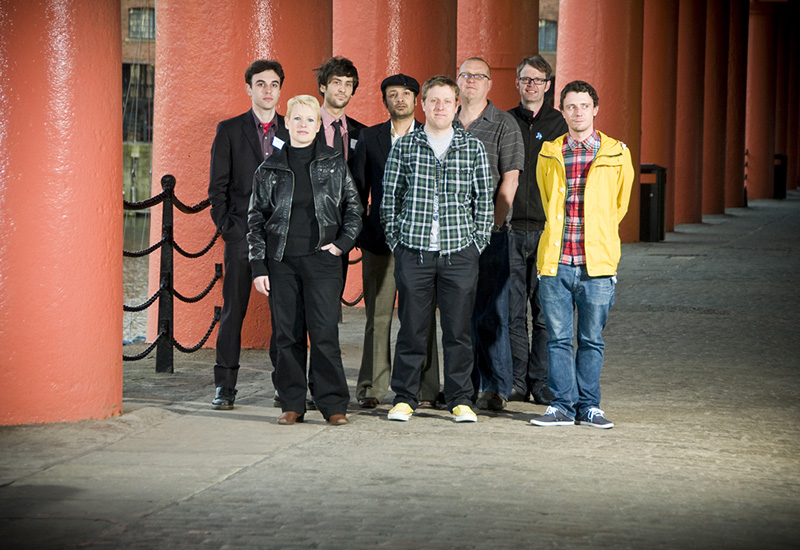 “NMP… developed me, it developed the artists I worked with on the co-production, and it developed my host organisation. It raised the bar for us all.”
NMP… London producer

Developed by PRS for Music Foundation in partnership with the hub, between 2009-2011, New Music Plus… supported two regional producer and host organisation cohorts, one in London (2009/10) and the other in North West England (2010/11). In 2011 we carried out some longitudinal evaluation to explore the sustained impact on cohort participants, using a mixture of self completion surveys and semi-structured interviews. Our work was peer-reviewed by data agency We Work  With Data.

Our research indicated unequivocally that NMP…London and North West had had a sustained impact on participating producers and host organisations alike in four key areas, as detailed in the picture below. 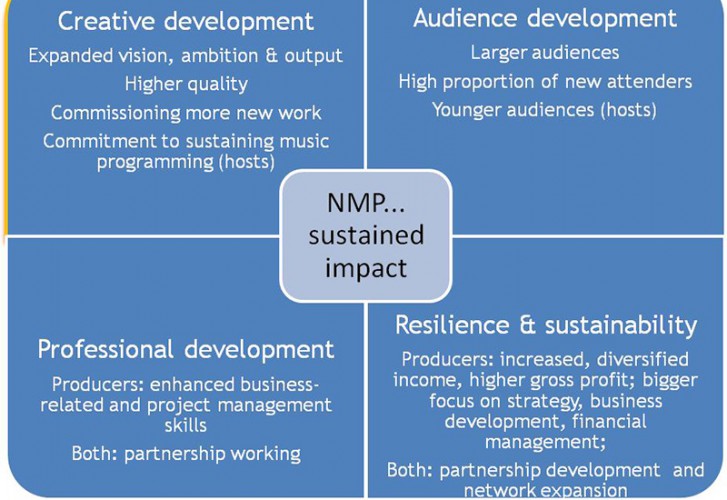 3 years on, our New Music Plus… UK cohort members are coming to the end of their time on the programme. We’ve built evaluation into the programme all the way through, capturing learning as we go via 1-1s, team meetings and wider group sessions. As the programme draws to a close we’ll be building on this, taking our participants through more detailed reflective sessions and drawing all of our evaluation together to produce some headline areas of learning that we can share with our peers. As with all of the professional development programmes we’re involved in, this learning will go on to inform what we do next and how we do it. As we said before, here at the hub we think, we do, we learn, we share. It’s just how we roll!

In the meantime, you can find more detail about the longitudinal evaluation of New Music Plus… London and North West here. 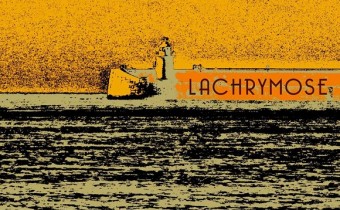 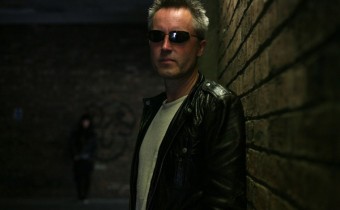 New Music Plus producer John Stevens's "vicious mix" of noise music and visuals in an austere setting is a sensory assault for serious... Read More