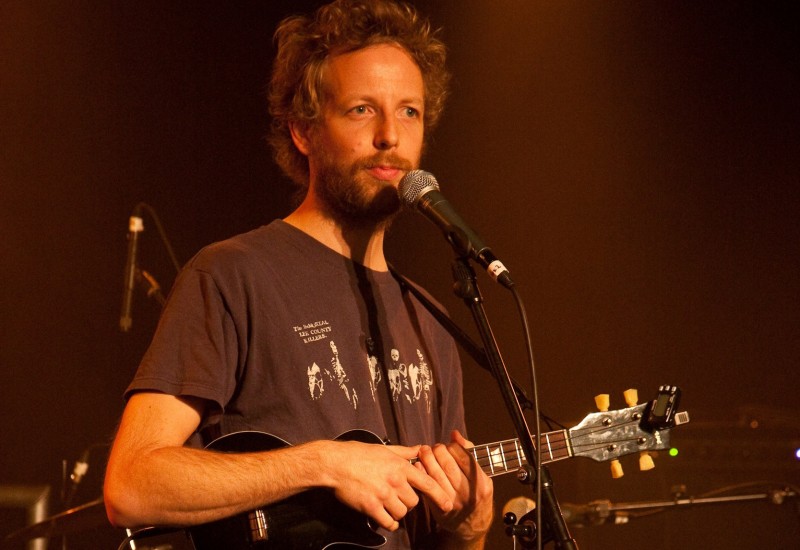 Stuart Silver is a BAFTA nominated, Perrier Award Winning, writer / performer / Director / Tutor working across theatre and gallery venues, television, radio, public spaces and experimental educational and mentoring contexts. He is the co-founder of multimedia performance group (nobleandsilver) and now performs solo and in new collaborations across the UK and internationally.

At the hub he is a key part of our creative producer team, working most often as a creative mentor and producer on commissioning and touring projects such as Phrased & Confused, and client events, such as the Interrogate! festival we produced for Dartington. He also works as a trainer, and with Jason Phipps devised our hugely popular Penniless Podcaster programme. He’s also the man behind most of the hub films that you’ll see on our site.

Stuart is also busy as a performer and writer. His first solo theatre show ‘YOU LOOK LIKE ANTS’ (a monologue with bluegrass ukulele) played Soho Theatre in London and toured the UK and beyond. Stuart co-wrote and co-directed ‘Cabaret Simon’, a show for 4-10 year olds, at the Barbican, London and also created the in-show film for Lone Twin’s ‘Beastie’, their real-world adventure for children. He devised ‘What we should have said…’ an original spoken word format for poets and musicians that has toured the UK. As one half of (nobleandsilver) Stuart garnered a cult following for their Channel 4 TV series ‘(‘nobleandsiver): GET OF ME’, major theatre shows and numerous one off commissions.