The Hub / Blog / How to run an award-winning festival 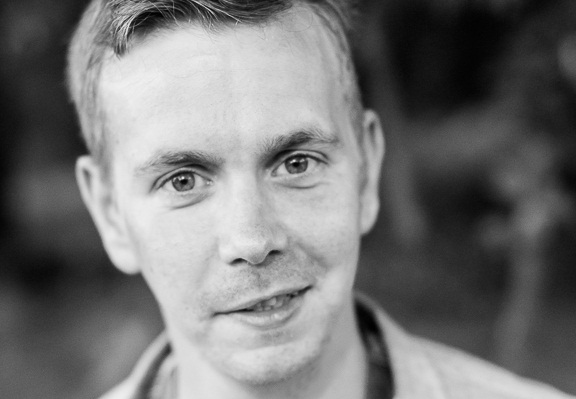 It’s perhaps as well for the 15,000 people attending this year’s Kendal Calling, that the independent festival’s founder Andy Smith was such a poor musician.

“I was in a band at school with some mates but I was terrible, too lazy, so they threw me out and made me their “manager”. ” They’d never played a single gig so it was clearly a nominal role for Smith. But this cruel to be kind dismissal forced him to find his metier at an early age.

“I put on our first gig in the village hall and we made £40. That was the equivalent at the time of 20 hours washing up. I gave each of the band £5 and kept the rest. ” Andy Smith, 15-year-old schoolboy, had taken his first steps to becoming the mastermind behind the award-winning Kendal Calling festival which has sold out every year since it first started.

By the age of 17 Smith was securing gigs with local heroes British Sea Power and drum and bass festival giants Pendulum – both beyond his budget and capacity. A minor hitch. “I wasn’t going to let that opportunity go. I hired a marquee and approached the local council.” Working on the principal that the authority would have to prove that Smith couldn’t do it seemed to work and not only was he given use of the town park but they threw in a £500 grant as well. Nine hundred. tickets were sold on both days and the appetite for a quality local music festival was established.

That was in 2006. The council trusted Smith, for one weekend a year, with the keys to the 800-year-old Lowther Deer Park – whose loveliness is an attraction in itself. The festival has increased in capacity year on year and this year has 14 stages. They won best small festival in 2010 and 2011 and best medium festival in 2013.

On the bill last year were Public Enemy, Primal Scream and the Charlatans. So in an era where other small to medium festivals are running to stand still – if they are lucky – where did it all go right?

“I don’t micro-plan. There are so many things that could go wrong. And I’ve stuck with pretty much the same team of five – one person’s been with me right from the start. Each stage is looked after by one person and I let them get on with it. We’ve never increased capacity by too much each year – never by more than 2,000 at a time – and we work on very tight margins – it’s far too easy to lose money as we are reminded by those festivals that have fallen by the wayside. But we keep it affordable and good value for money.” (And they make enough to give some away too. Last year they bought a guide dog.)

“The house party stage took  me back to some riotous times around 1968. The fact
that is was legal was pretty much the only difference.” Howard Marks

It’s a principle that works both ways. Over the years weekend tickets have gone up from £30 to £115. Smith has also introduced a payment plan enabling punters to pay in £10 monthly installments. Great for the less flush music fans and good for Kendal Calling too who get more money upfront.

Simply making tickets available for longer also helps. “We used to sell cheaper early bird tickets and then take them off sale. But I don’t know why we did that. This year we’ve kept them for sale since September and we’ve already sold 6,000 tickets without confirming a single headline act.”

Whilst pushing the boundaries with digital media (last year’s festival was live streamed for free around the world to 500,000 viewers), Kendal Calling have not abandoned old media.“We flyered all round the last Arctic Monkeys tour in the north, distributing tens of thousands of leaflets. It’s one of the staples of music promotion which makes it that much stranger that no-one else was doing it.”

Smith believes in keeping it grass-roots too with locally sourced beers and free tickets for everyone in the host village of Hackthorpe. It helps underpin local loyalty – and dampen down noise complaints. After all, Kendal Calling’s scenic location is one of it’s best assets. “Although in a way that’s a problem because there are only certain places where we can put stages and we are already running at full capacity so we can’t get any bigger now. But we can’t leave the park because that would change the festival.”
But the advantage is that there are no competing festivals in the region. “It’s so saturated down south. I might not be doing this if I’d grown up in Dorset.”

So who else does Smith admire among his festival promoter contemporaries? “Standon Calling (the north London festival complete with swimming pool) do chipped wrist bands which you can load up with credit before you get there. It’s cut down on theft dramatically. It’s good for the promoter too because they get more money upfront. And the overseas festivals, the ones in Croatia and Snowbox in Andorra, offer great value. It can be cheaper to fly there than say to get from Manchester to London. ”
Awards and accolades and a respectable turn-over are all very well but Smith’s combination of easy-going charisma, dedication and skill can only take him so far in these changing times for the music industry.

Whilst he has the advantage of running his festival in a region where live events are few, he still needs to get the big names – many of which are now bound by “exclusivity deals” imposed by the bigger promoters.. “There is an increasing trend amongst the large festivals in the industry to request exclusivity for the artists they book. These used to just apply to headline artists or those right at the top of the bill, but we’re seeing it further and further down the bill each year, right down to regional acts and bands in the very early stages of their career.”

And at the other end of the food chain, Smith is seeing far fewer interesting bands coming through as the changing economic dynamics of the industry impact on signings. “There’s probably more bands splitting up than breaking artists. Putting a programme together is arduous. Record companies aren’t taking as many risks so there are far fewer new bands compared to what there used to be.”

Like many other festivals – diversification seems to help off-set programming issues. Kendal Calling maintains its strong emphasis on the family friendly vibe with free tickets for under 12s. “This year we’ve got a youth club for younger teenagers, a dance tent, late night jazz, cinema and comedy – something for everyone of every age. I’m aiming for five generations of the same family to come. We’ve managed four so far.”

Andy Smith was a guest speaking at the Association of Independent Festivals Marketing and Promotion Seminar earlier this week. 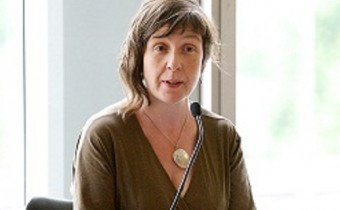 Getting the most from your online audience

Cautionary tales, radical thinking and uninhibited audiences. Plus how it is increasingly difficult to separate live and digital work. Wise words from the... Read More

Join our team! We’re looking for a p/t freelance comms and content hubster

Founded in 2002, the hub develops new thinking and practice in the creative sector. A social enterprise, we have a particular passion for... Read More 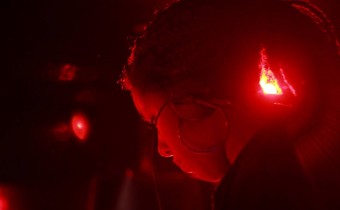