Share stuff you love and learn from others.
Tweets by CuriousJuliaP

Joining the Dots Show and Tells

At the tail end of 2013, we put out a call for people with potentially game changing ideas for making independent music more financially viable. Amongst the hundreds of people who came forward, four organisations – Café Oto, Daredevil Project, Eventbox and Un-Convention – had really great ideas they wanted to test around digital membership, fan engagement, event and music discovery and bitcoin-like gig swaps.

Since then, they’ve been working really hard, with our support and a splash of cash, to turn their ideas into reality. In this series of Joining the Dots fringe sessions, John, Paul (so tempting to say George and Ringo…) Joey and Jeff from our four game changing teams will be showing and telling, sharing and asking, getting you inside what they’ve built and developed for artists, promoters, venues and festivals. These are brilliant prototypes – come along, try them out,  put them through their paces. We’re pretty sure every one of them could help you in one way or another….

Our four ‘Show and Tells’, all happening in the Cecil Sharp House bar area, are:

These four Show and tells are a ‘must do’ for anyone who wants to check out some properly practical new ‘stuff’ – platforms, apps or income generators – that could transform the way they work. 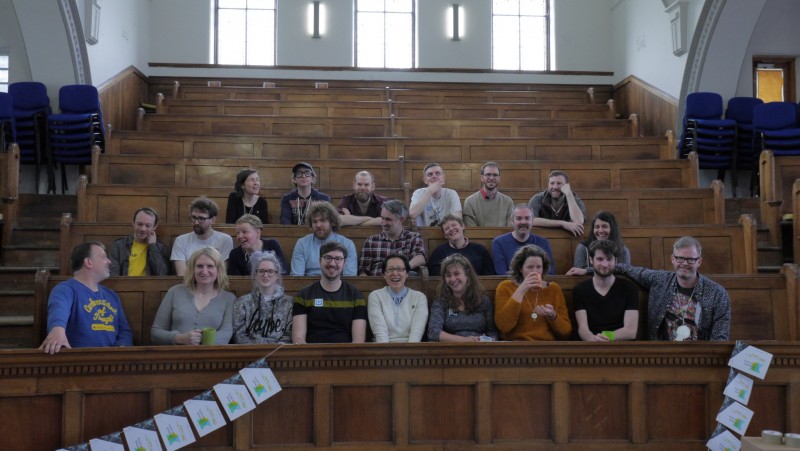 Grab a drink from the bar and round off the One Dayer with a quick fire informal series of pitches of projects that emerged from our recent Bring and Byte hackathon.  From gig cards to an interactive band stand, and from a rethink of tickets to a spotify app that selects the least played tracks in an attempt to make you look hip, hear from some of our crackshot Bring & Byte music and tech attendees on the products that they think could support a thriving independent music scene of the future.

Have you booked yet? Grab a seat at the One Dayer HERE.

To return to the #OneDayer event page click HERE.