We’re living through a time of seismic change in the music industry with technology transforming the way we consume music.

The totemic value of owning a piece of music is largely a thing of the past. What matters now is music on demand – and the ability to share it. The Facebook “like” button has replaced the lapel badge.

David Byrne’s recent treatise on Spotify revealed that even a million plays on the streaming service earns an artist less than the price of a band t-shirt. But wasn’t it the record industry’s failure take the lead from Napster and see which way the wind was blowing that tacitly encouraged a generation of music consumers to expect something for nothing? Although having said that it wasn’t just because it was free that peer-to-peer downloading worked – it was very convenient! But don’t mistake me, I’d be the last person to suggest that musicians should not get paid fairly for their work.

Dave Allen (ex Gang of Four) wisely countered Byrne’s argument by pointing out that this generation’s music fans want to rent their music, not own it. He says: “We are in the midst of new markets being formed.”

That’s exciting isn’t it? Or perhaps not if you are a producer, promoter or artist who’s running to stand-still on the financial front.

The independent music sector is largely a ‘DIY’ sector, dominated by entrepreneurial but under-resourced micro businesses and hard-working individuals. These people are the sector’s oxygen supply, crucial to the sector ‘ecology’. For example, it’s the promoters in this sector who have supported the development of new work and viable careers for Mercury nominees Sam Lee and Roller Trio – to the likes of internationally renowned artists Jamie Cullum and Mumford & Sons.

As well as battling the challenges that digital consumption brings, there’s also the recession resulting in squeezed box office revenues and funding streams which have been reduced to a trickle. In short it’s tough time to make a living from music.

That’s why we urgently need new business models and audiences – game-changing ideas which will increase the resilience of small scale promoters, producers and commissioning organisations – which will make music pay.
If you’re working in the independent music sector you may already have a great idea up your sleeve but can’t afford the time and money to risk trying it out.

This is why the hub is launching its new project Joining the Dots – a new funding and support stream.

We’re looking for game-changing ideas to help find an answer to at least some of the problems facing so many in our sector at the moment. JTD will help test the best of those new working models and then share that knowledge with the rest of us. The hub’s director Julia Payne is going public this week with more details about Joining the Dots at Music Tank’s Easy Money Convention. You can see what they’ll be seeing here.

Julia will also be sharing the good news with the musical movers and shakers at WOMEX later this week. Julia is taking specific questions about JTD so if you’ve got one Tweet us a question anytime this week using #JTDQaA and we’ll get back to you during our Joining the Dots Q&A session on Friday 25th October between 5pm and 5.30pm.

We’ll be launching the project in December so get a head start by signing-up to our newsletter and follow us on twitter to get the latest on Joining the Dots. 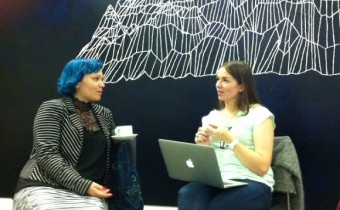 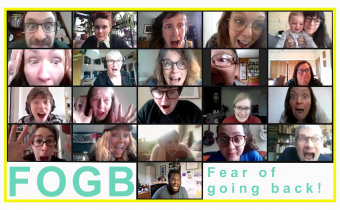 Balance#9 – Forget FOMO! Currently it’s all about FOGB – fear of going back

With the government offering us a roadmap out of lockdown, hopes are high within the creative sector that things will begin to right... Read More 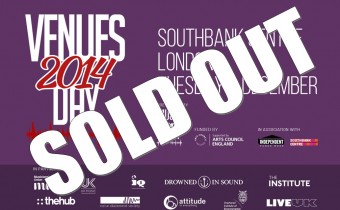 When the Music Venues Trust asked me to host and be part of the IdeasLab session at Venues Day (happening next Tuesday –... Read More